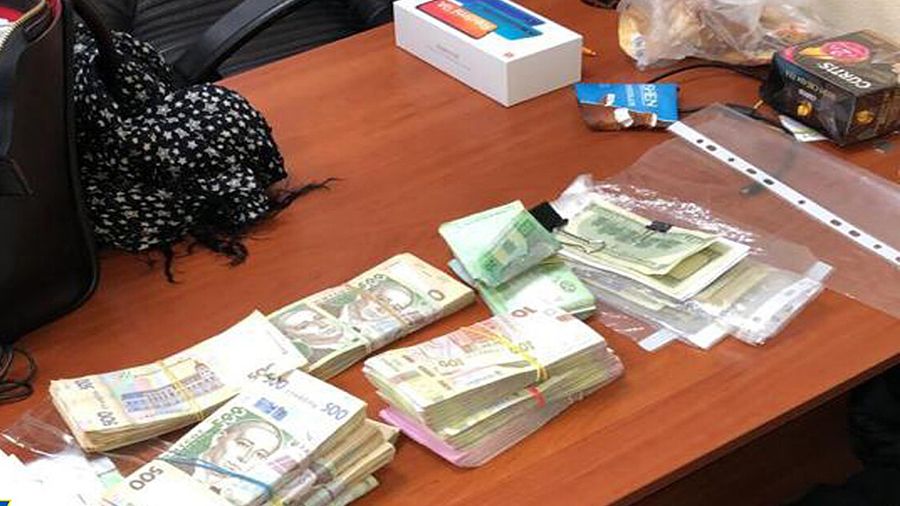 The Security Service of Ukraine (SBU) exposed a network of clandestine electronic currency exchangers with a monthly turnover of $ 1 million. Criminals carried out transactions with digital assets and electronic money.

According to a statement from the SBU press service, law enforcement agencies have closed a network of underground e-currency exchangers whose clients were shadow merchants, including those in the gambling business and fraudulent call centers.

“During the pre-trial investigation, it was established that the so-called electronic currency exchange offices have been used by cybercriminals for operations with cryptocurrency and electronic money for a long time,” the SBU said.

The criminals registered the bank cards used in exchanges for dummies. At the same time, wallets of prohibited electronic currencies were issued to citizens of the Russian Federation – their passport data were bought by cybercriminals on the darknet.

According to the SBU, the special services of a number of countries used services to “anonymize payments for illegal actions to the detriment of Ukraine’s state security and to finance custom-made pseudo protest actions.”

During a search in the offices of underground exchangers in several districts of Kiev, computer equipment, mobile devices from which transactions with prohibited Russian electronic currencies were carried out, as well as cash equivalent to more than 3 million hryvnias were seized.

One of the organizers of the scheme has already been charged under Article 200 of the Criminal Code of Ukraine. Law enforcement agencies continue investigative measures to bring other operators of the scheme to justice.

Last week, the SBU also stopped the activities of a criminal group that legalized and converted criminal proceeds, including through the purchase of cryptocurrency. Law enforcement agencies assume that the group was supported by “representatives of the LPR and DPR”.

According to the SBU, the organizers of the scheme worked through sites and channels in Telegram, where users could convert cryptocurrency into cash in large quantities. The criminals did not record the transactions in tax reports, and also did not identify the clients. The transactions were carried out through “prohibited Russian electronic payment systems”. Among the clients of the service were citizens of Ukraine, Russia and the countries of the former CIS, as well as residents of the LPR and DPR.

The organizers of the scheme carried out financial transactions for more than UAH 240 million, including 65 million related to money laundering. The criminals legalized income through the purchase of real estate, land and precious metals. The SBU seized more than 43 million hryvnias, 800 kg of silver in bank bars, computer equipment and documents confirming the group’s activities. The organizers of the scheme are accused of money laundering and face up to 15 years in prison.

Recall that in February this year, as part of a joint operation of law enforcement agencies in France and Ukraine, several members of the hacker group responsible for the work of the Egregor ransomware virus were arrested.

Next story :The official exchange rate of the dollar and euro against the ruble as of May 5, 2021

According to 41% of UK residents, investing in cryptocurrencies is no more risky than buying stocks on the stock market.

The developers of the hedge fund DeFi Force announced an attack on the project, organized by five attackers, one of whom returned the stolen money. The rest of the hackers withdrew FORCE tokens for $ 376,000.

SEC filed for ETF for Bitcoin investment via GBTC

Simplify Exchange Traded Funds has filed with the SEC to launch an ETF that will invest indirectly in BTC through the Grayscale Bitcoin Trust, as well as in US equity securities.

The number of ERC-721 smart contracts for creating NFTs on Ethereum has reached a new record. According to experts, the NFT market still has potential for growth.

The US Senate has officially confirmed Gary Gensler as chairman of the SEC. Gensler is known for his knowledge of the cryptocurrency industry and his understanding of how the technology works.

Major US Universities Invest in Cryptocurrencies Through Their Funds

Endowment funds of some universities in the United States have bought cryptocurrency through accounts at Coinbase and other cryptocurrency exchanges over the past year.

Coinbase will devote 10% of resources to support “breakthrough innovative ideas”

Cryptocurrency exchange Coinbase has announced a new approach to innovation. According to the plan, 10% of the company’s resources will be spent on supporting “breakthrough innovative ideas”.

Bitcoin trading on the PayPal platform is gaining popularity – since the beginning of January, trade volumes have increased by 950% and amounted to $ 242 million on January 11.

Media: Data of 325,000 Indian BuyUCoin Clients Has Been Compromised

Hackers gained access to the customer database of the Indian cryptocurrency exchange BuyUCoin. Local newspaper Inc42 reports that 325,000 customer data have been stolen.

Brian Armstrong: “cryptocurrencies will spawn a wave of new companies, just like the Internet”

Coinbase CEO Brian Armstrong likened the development of cryptocurrencies to the rise of the Internet, and offered to help central banks create government-owned cryptocurrencies.

The Seychelles regulator said that the Huobi Global cryptocurrency exchange is not registered in its jurisdiction and does not have permission to operate in this offshore.

MicroStrategy continues to buy BTC amid decline in its own shares

The American company MicroStrategy, a few days after the purchase of 328 BTC, bought another 205 BTC, despite the fact that the stock price of the company itself more than halved.

The founder of the Gemcoin cryptocurrency scheme, Stephen Chen, will spend ten years in prison for defrauding tens of thousands of investors and evading taxes.

eToro has warned users of lack of liquidity on the platform

The Israeli site eToro sent out a warning to its users about the possible introduction of a limit on the size of cryptocurrency transactions due to a lack of liquidity on the platform.

Bank of Singapore: “cryptocurrencies can replace gold as a store of value”

The chief economist of the Bank of Singapore said that private cryptocurrencies are unlikely to replace fiat currencies as money, but may take a share in the market for reliable assets, such as gold.

The night of January 22 became difficult for the first cryptocurrency – the “bears” increased their pressure and the bitcoin rate dropped to $ 28,800. Then the BTC price recovered to $ 30,500.

Jerry Brito, CEO of the Coin Center advocacy group, urged all members of the cryptocurrency community to send comments to FinCEN regarding the regulation of cryptocurrency wallets.

As the investment director of a large British asset management company Ruffer, Duncan McInnes, said, the firm sold 40% of the bitcoins purchased in November, gaining $ 650 million for them.

The Spanish tax service has demanded that cryptocurrency holders disclose information about their digital asset transactions over the past year. Otherwise, traders will face serious fines.