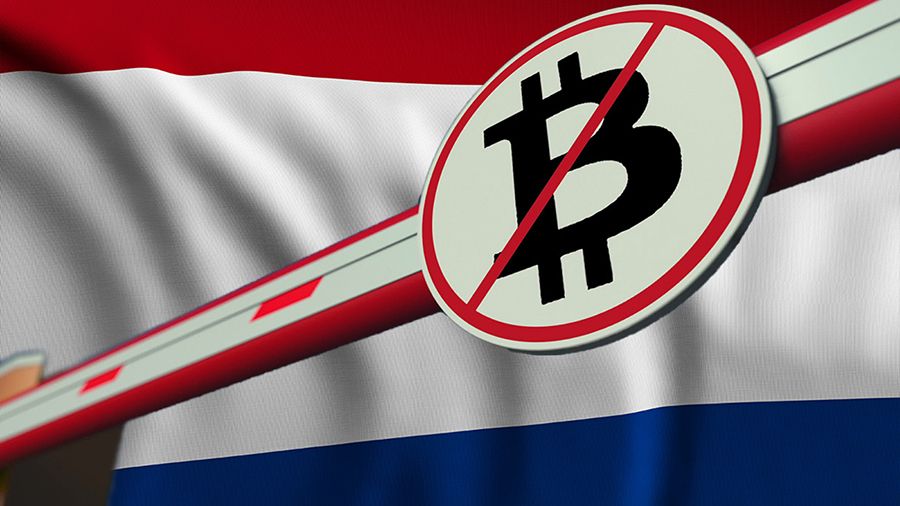 The director of the Netherlands Central Planning Bureau (CPB) believes that the country needs to ban all transactions with cryptocurrencies as soon as possible.

CPB Director Pieter Hasekamp believes the collapse of cryptocurrencies is inevitable. He calls on the Dutch government to immediately ban Bitcoin and other crypto assets.

Peter Hasekamp’s opinion on this topic was published in Het Financieele Dagblad. He wrote that when it comes to investors and governments, the last one to act will be the loser. To protect investors, he said, the Dutch government must end trading, mining, and even storage of cryptocurrencies.

Hasekamp believes that the ban on cryptocurrency will definitely lead to a drop in the value of bitcoin along with other cryptoassets and may “herald the end of cryptocurrency markets.” He criticized cryptocurrencies due to the fact that financial institutions did not give permission to issue them, as well as the fact that governments and financial authorities around the world have little control over them. Hasekamp added:

“After all, these products have no intrinsic value on their own and only attract attention because other people are buying them.”

At the beginning of the year, the Central Bank of the Netherlands issued requirements according to which users of cryptocurrency exchanges must verify addresses for withdrawing digital assets. In April this year, the claims were withdrawn.

Previous story :Searches are taking place in the offices of Naftogaz of Ukraine

Next story :How to Trade Oil in June - ForTrader.org Financial Magazine

For several days now, traders in the stock markets have been observing the situation with the shares of the GameStop network – users of the Reddit forum “dispersed” the price of shares so that institutional traders suffer losses.

South Korean cryptocurrency exchange Bithumb has stopped serving traders from 21 countries due to the tightening of anti-money laundering measures under the FATF directive.

Russian investment company Da Vinci Capital has filed a lawsuit against the organizers of the failed ICO Telegram. The firm is trying to get back the funds invested in GRAM tokens. As the managing partner of the investment fund Oleg Zhelezko emphasized, the offer to return funds from Telegram was received only a day before […]

Owners of the Fiat New 500 will be able to earn the KiriCoin crypto asset for sustainable driving. KiriCoin can be spent to pay for goods and services on the company’s trading platform.

Author Adem Microsoft Corporation and Indian Tanla Platforms have launched Wisely blockchain communications platform for confidential and secure messaging. Microsoft has been a development partner and architect for the Wisely platform, which targets enterprises, mobile operators, content providers and other companies, according to the statement. The end-to-end encrypted platform is built on Microsoft Azure as […]

The Texas regulator has confirmed that state-registered banks are allowed to serve cryptocurrency firms and hold digital assets if reserves are available. According to the published document, banks may provide such custodial services provided that they have developed appropriate policies for effective risk management and compliance with applicable laws. Given that cryptocurrencies do not exist […]

Blockchain company SIMBA Chain has been awarded a contract to build a system for forecasting demand for “critical” military hardware parts from the US Navy.

Binance To Launch Trading In Tokenized Shares Of Apple, Microsoft And Microstrategy

Binance cryptocurrency exchange is expanding access to tokenized stock trading. The platform will be able to trade in tokens-shares of Apple, Microsoft and Microstrategy.

At the end of last year, the largest batch of ASIC miners was imported to Russia

The CTO of Ripple proposes to deploy the functionality of “federated” sidechains, which can open the possibilities of smart contracts and the launch of government cryptocurrencies. According to an article published by Ripple CTO David Schwartz, one of the most requested features among XRP developers and investors is the ability to run smart contracts online […]

NYDIG CEO: “institutional investors are only interested in bitcoin”

As NYDIG CEO Robert Gutmann said, large institutional investors are exclusively interested in Bitcoin and are not considering investing in altcoins.

The Eastern Caribbean Central Bank (ECCB), based in Saint Kitts and Nevis, has launched a national digital currency called DCash.

Vitalik Buterin: “100x scaling of Ethereum will be possible in the coming weeks”

Vitalik Buterin said the network is “on the verge” of scaling 100x as the Optimism developers will launch their second tier solution in the coming weeks.

Tether publishes USDT collateral details for the first time since 2014

For the first time since the launch of the USDT stablecoin in 2014, Tether has disclosed detailed information about the assets that provide the token emission. About 76% of USDT is backed by traditional currencies and liabilities in them.

Investment firm Union Square Ventures is launching a new $ 250 million fund. About 30% of the funds placed in the fund are planned to be invested in the cryptocurrency industry.

Cryptocurrency exchange Coinbase has partnered with tax software provider CoinTracker to make it easier for its users to file tax returns.

BIS President: “only central banks will ensure the stability of digital currencies”

British bank Starling has temporarily banned its clients from sending deposits to cryptocurrency trading platforms due to the risks of committing financial crimes.