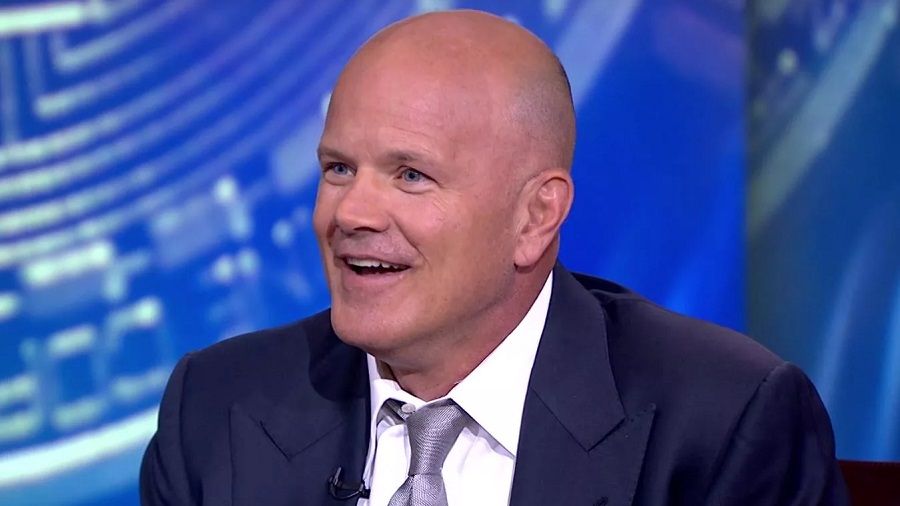 Galaxy Digital billionaire and CEO Michael Novogratz has always been a cryptocurrency enthusiast but has now stated that Bitcoin is not suitable for payments.

Despite being described in the Bitcoin White Paper as a peer-to-peer digital currency, BTC is now considered an investment asset and a hedge against inflation.

However, the billionaire stressed, bitcoin remains the most distributed asset in the world, with the exception of the US dollar, for investment and storage of wealth. In the future, bitcoin will become the “ultimate hedge fund”. People will keep their savings in bitcoins, as they are now keeping them in gold. Lots of investors will add Bitcoin to their portfolios.

“The most interesting thing about such assets is that they are social constructions. That is, they have value only because society believes in it. There has not yet been such a successful asset as bitcoin, created only 12 years ago. It’s like a child was thrown into the river, the community raised him and now the asset is worth $ 1 trillion, ”says Mike Novogratz.

The investor noted that the current macroeconomic situation seemed to be specially created for the growth of bitcoin. The economic support measures taken by the authorities of various countries make Bitcoin an ideal asset for investment.

In May, Michael Novogratz spoke positively about Ethereum, saying that the coin’s price could easily exceed $ 5,000.

PayPal CEO Daniel Schulman revealed during a teleconference that the company plans to launch a new division to work in the cryptocurrency industry.

A member of the lower house of the National Congress of Argentina has presented a bill that will allow workers in the export of goods and services to receive full or partial salaries in cryptocurrencies.

Another site announced the restriction of trading in pairs with XRP – users of the major cryptocurrency exchange Coinbase will lose access to cryptoasset trading on January 19.

Blockchain & Bitcoin Conference will be held in Kiev on March 25

On March 25, Kyiv will host the seventh Blockchain & Bitcoin Conference, dedicated to cryptocurrency market trends and the future of digital currency in Ukraine.

Changpeng Zhao Compares Cryptocurrencies To The Emergence Of The First Car

Amid increasing regulatory pressure on cryptocurrency exchange Binance, its CEO Changpeng Zhao likened the development of the cryptocurrency industry to the advent of a car.

Simplified Taxation of Fork Coins Bill Re-Submitted to US Congress

One of the supporters of cryptocurrencies in the US Congress has reintroduced a bill protecting taxpayers from penalties for non-payment of taxes on coins obtained as a result of forks.

Japan’s GMO Internet has received permission from the NYDFS to issue stablecoins GYEN and ZUSD, pegged to the US dollar and Japanese yen.

Peckshield: “Chinese traders withdrew $ 17.5 billion from the country via Bitcoin in 2020”

According to the analytical firm Peckshield, in 2020 the total capital outflow from Chinese cryptocurrency exchanges to foreign exchanges reached $ 17.5 billion.In 2019, this figure was $ 11.4 billion.

Panamanian congressman proposes to legalize cryptocurrencies as a means of payment

The Panamanian parliamentarian is preparing a bill aimed at legitimizing cryptocurrencies as a means of payment and providing tax incentives to cryptocurrency firms.

Nvidia CEO: “cryptocurrencies and mining will last for a long time”

Jensen Huang, CEO of video accelerator manufacturer Nvidia, believes that cryptocurrencies, as well as mining, will remain in the market for a long time.

Messari: after listing on Coinbase, the price of a cryptoasset grows by 91% on average

Ethereum miners who disagree with the implementation of EIP-1559 will & nbsp; unite for a “show of power” and on April 1 will send their & nbsp; power to the Ethermine pool.

Saxo Markets, a digital investment subsidiary of Danish bank Saxo, has launched BTC, ETH and LTC in fiat currency pairs for clients in Singapore and Australia.

The US Securities and Exchange Commission (SEC) has once again postponed consideration of the application of the investment company VanEck to launch an exchange-traded fund (ETF) for Bitcoin until June 17. Bitcoin ETF is an investment product that provides institutional investors with access to cryptocurrency without the need to purchase it directly. If VanEck receives […]

Bitcoin volatility climbed to March 2020 levels, when all markets collapsed at the start of the pandemic. Previously, volatility reached its maximum levels during bull market periods.

One of the largest darknet markets, White House Market, announced the end of Bitcoin support for payments. Users can now pay exclusively with XMR coins.

Hosting company Hetzner has banned customers from using leased facilities for mining cryptocurrencies due to the increased load on equipment after the launch of the Chia cryptocurrency.

According to a survey conducted by the Gemini cryptocurrency exchange, more than half of the surveyed US citizens are interested in cryptocurrencies, are ready to study the principles of their work and invest in them.