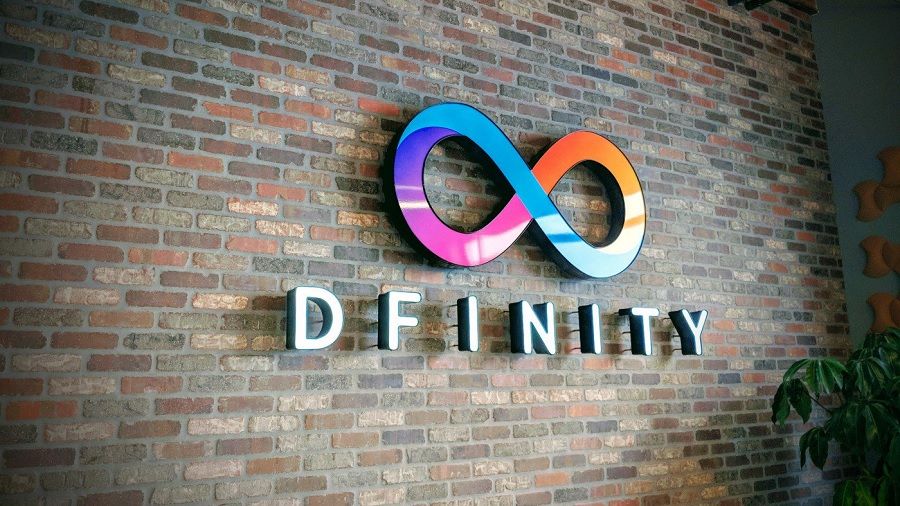 At the heart of “Internet Computer” is a blockchain that allows you to combine the capacities of various data centers. According to the developers, the project can become the basis of a new, decentralized Internet. The launch of the network should take place on May 10.

“At its core, Internet Computer uses a blockchain that operates with unlimited bandwidth. This solves the “blockchain trilemma” – striking a balance between decentralization, security and scalability, “the Dfinity Foundation said in a statement.

The “trilemma” is solved using a special set of cryptographic protocols called “Chain Key Technology”, which the developers themselves call a “scientific achievement”.

The Internet Computer is controlled by a special algorithmic system called the Network Nervous System (NNS). It is she who allows you to combine distributed data centers into a single network. On May 10, NNS will launch an “initial unlock” process – the issuance of ICP tokens to manage the network.

Currently, the Dfinity project is supported by 48 data centers and 1,300 specially designed “host computers”. They are located in North America, Europe and Asia. The developers hope that by the end of the year 123 data centers and more than 4,300 nodes will be operating in the network.

“For 10 years, the technology community has recognized that the Internet Computer is on its way to one day becoming the main computing platform for building software. On its basis, you can build an “open Internet” free from the monopolies of large technology companies, “says Dfinity founder and chief scientist Dominic Williams.

Internet Computer was previously expected to launch in late 2020, but the launch has been postponed. In the middle of last year, Dfinity made the technology available to third-party developers.

Previous story :The expert explained how they lose money in reputable banks

The analytical company Fundstrat predicts a further rise in the price of ETH to $ 10,000 this year against the background of the cryptocurrency reaching another all-time high above $ 2,800. The price of ether has risen by about 40% over the month, while bitcoin has declined by 5% over the same period. According to […]

As part of a joint operation of law enforcement agencies in France and Ukraine, several members of the hacker group responsible for the work of the Egregor ransomware virus were arrested.

Jerome Powell: “The USA will not compete with China in the issuance of the state cryptocurrency”

The chairman of the US Federal Reserve (FRS) said China’s efforts to develop the digital yuan will not push the United States into a race to release a state-owned cryptocurrency. During a speech after the Fed’s policy meeting, US Federal Reserve Chairman Jerome Powell raised the issue of government cryptocurrency issuance. He echoed his earlier […]

The Central Bank of the Philippines Bangko Sentral ng Pilipinas (BSP) announced the introduction of compulsory licensing of companies providing services for working with cryptocurrencies.

Police officers of the Irkutsk region reported about the capture of five residents of Usolye-Sibirskoye, who committed several thefts of mining equipment in Irkutsk for a total of 2 million rubles. The case was solved quickly enough – several statements about the theft of ASIC miners were received by the police in May. The case […]

Billionaire Carl Icahn May Invest Up To $ 1.5 Billion In Cryptocurrencies

RBI: “banks cannot refer to the previous ban on denial of service to cryptocurrency exchanges”

The Reserve Bank of India (RBI) has clarified that commercial banks cannot invoke the now invalid 2018 ban on serving cryptocurrency firms when refusing to work with companies.

India may be criminalized for holding cryptocurrency

An anonymous senior official from the Indian government said that the country could soon pass a law banning not only the circulation, but the storage and transfer of cryptocurrencies.

Last night, the price of ETH reached $ 2,000 for the first time. Since the beginning of the year, the cryptocurrency rate has risen by more than 168% amid a bull market rally, the development of Ethereum 2.0 and the boom in the DeFi industry.

DBS Bank will be the first in Asia to offer a cryptocurrency trust service providing storage and trading of BTC, BCH, ETH and XRP through its subsidiary DBS Trustee.

The Eastern Caribbean Central Bank (ECCB), based in Saint Kitts and Nevis, has launched a national digital currency called DCash.

Brian Brooks to become the new CEO of Binance US

Former Director of the Office of the Comptroller of the United States Currency (OCC) Brian Brooks will become the CEO of the American division of the cryptocurrency exchange Binance on May 1.

BlockFi cryptocurrency lending service launches BlockFi Prime, a trading platform for institutional investors and high net worth clients. According to the company’s press release, the new service will include real-time quotes and next day settlement (T + 1). BlockFi Prime will be available to asset managers, family investment firms, high net worth individuals, hedge funds, […]

Central bank digital currencies can wreak havoc on the global financial system by eliminating the need for banks and lending institutions, according to researchers at Fitch Ratings.

In connection with the increasing frequency of hacking of the DeFi protocols based on the Binance Smart Chain, the developers urged the creators of the projects to conduct multi-level checks.

The Blockchain Association, an American advocacy group, will discuss with the administration of US President Joe Biden the possibility of creating favorable conditions for the development of the cryptocurrency industry in the country.

The Bank of Japan announced the creation of a Committee on Government Digital Currencies, and six Chinese banks have begun testing digital yuan wallets.

The New York Attorney’s Office (NYAG) has settled a lawsuit with Bitfinex and Tether. The firms will pay $ 18.5 million in fines and will be required to provide quarterly reports on their activities.

The court dismissed the claim of Steve Wozniak against YouTube

The judge dismissed a lawsuit filed by Apple co-founder Steve Wozniak against YouTube for posting fraudulent videos of Bitcoin giveaways on his behalf. According to the court ruling, the YouTube platform is not responsible for advertising fraudulent cryptocurrency schemes. Santa Clara County Superior Court Judge Sunil Kulkarnia explained that YouTube and its parent company Google […]