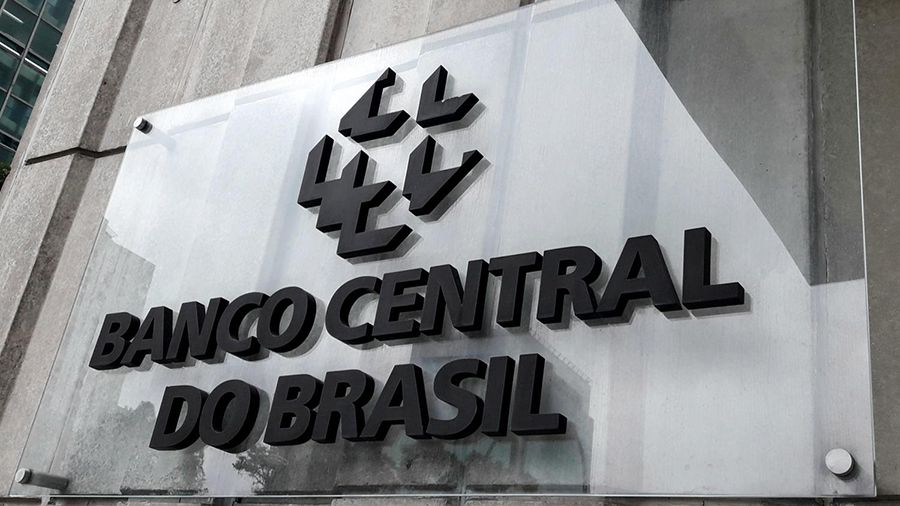 The Central Bank of Brazil has postponed the launch of the state cryptocurrency by two to three years. Earlier, the Central Bank announced that it would release digital real next year.

According to a statement from the Bank of Brazil, the regulator will need more time to release the state cryptocurrency. The timing of the release of digital real depends on the development of the current projects of the Central Bank and the steps of other countries in this area.

“According to the current assessment of the Central Bank of Brazil, the conditions for the issuance of the state cryptocurrency will be achieved in two to three years,” the Central Bank said.

The comments contrast with previous statements made by the country’s Central Bank President Roberto Campos Neto, who said the country might be ready to go digital next year. The Central Bank of Brazil began exploring the possibility of issuing a state cryptocurrency last summer, and in April of this year announced that it had made significant progress in development.

“The launch of the Brazilian state cryptocurrency could provide new tools to stimulate innovation and competition in the digital economy, reduce the use of cash and, therefore, the cost of maintaining it, improve cross-border payment processes, curb illegal activities and improve access to financial services,” the Central Bank said. Brazil.

The regulator also stated that it is “actively” participating in international discussions regarding global standards for national cryptocurrencies, and that the next step will be to assess their impact on the Brazilian economy.

“After establishing general guidelines on the desired characteristics of digital real, open discussion with stakeholders will open up use cases and improve our understanding of the potential of government cryptocurrency in the particular case of the Brazilian economy.”

According to the bank’s plans, digital real will work in parallel with cash and bank deposits.

Next story :WSJ: ransomware group Ryuk has attacked 235 US hospitals since 2018

The founders of the Dropil startup admit to a fraudulent ICO worth $ 1.8 million

Back in April 2020, the US Securities and Exchange Commission (SEC) accused the founders of the cryptocurrency startup Dropil of a $ 1.8 million fraudulent ICO.They have now pleaded guilty to the crime.

Thailand’s Anti-Money Laundering Office (AMLO) intends to tighten requirements for cryptocurrency platforms – from July, users of such platforms will have to undergo KYC procedures. New users can now verify their identity by submitting documents online. However, if the requirements are tightened, Thai citizens will have to scan a chip embedded in their ID card, […]

Paul Brody: financial companies will launch their own DeFi platforms

EY Global Blockchain CEO Paul Brody expects that by the end of the year, some large financial companies will launch their decentralized finance applications.

ASX May Add Crypto ETFs To Listing This Year

The authorities of the Chinese province of Sichuan issued an order to stop supplying mining farms with electricity. Against this background, the hash rate of Chinese mining pools has dropped significantly.

Investment in cryptocurrency-based products surged to $ 489 million last week. The indicator has reached its maximum since February this year, while products on the air are especially popular. According to a new report by digital asset management company CoinShares, cash inflows into ether investment products reached $ 30 million during the past week, bringing […]

Analysts at Coin Metrics studied the issue of high fees in the Ethereum network and came to the “unexpected” conclusion that the implementation of EIP-1559 is unlikely to significantly reduce fees, since it is about block loading.

In mid-May, mining stocks declined to their lowest levels in recent months, but such stocks have shown significant recovery since then. Shares in Riot Blockchain, Marathon Patent Group and Canaan are up 49% on average since May 21. Of these, Riot Blockchain proved to be the best, whose shares rose by 63%, and the capitalization […]

Billionaire Mark Cuban announced the need to regulate DeFi projects and stablecoins after the collapse of the TITAN token of the Iron Finance project, in which he lost 100% of his invested money.

Mike McGlone: ​​”the decline in popularity of gold plays into the hands of bitcoin”

Bloomberg analyst Mike McGlone has published a study according to which the bitcoin rate is moving towards $ 50,000, as investors withdraw funds from gold and invest in BTC.

CoinShares Launches ETP on Ether on the Swiss Stock Exchange

Crypto-asset management company CoinShares has launched a new exchange-traded product (ETP) on the SIX under the ticker ETHE.

Russian Prosecutor General Igor Krasnov spoke about the work on amendments to the legislation allowing the confiscation of digital assets used for illegal purposes.

The People’s Bank of China (PBOC) has proposed global rules for central bank digital currencies, including the ability to use them globally, monitor them and share information.

At the end of last year, the largest batch of ASIC miners was imported to Russia

Billionaire Howard Marks has changed his attitude towards Bitcoin

Co-founder of Oaktree Capital, Howard Marks, with a fortune of $ 2.1 billion, who previously spoke with disdain about bitcoin, changed the attitude towards cryptocurrency for the better.

Ethereum developer Martin Holst Svende proposed a fix for a vulnerability in EIP-1559 that could lead to network congestion. EIP-1559 will be deployed on the July London hard fork.

Market correction did not affect the work of cryptocurrency lenders

The COVID-19 pandemic and the recent bullish rise in BTC have prompted repeated stress tests for cryptocurrency lending firms – lenders were poised for a correction this week.

BIS: “Central banks of developing countries will issue state cryptocurrencies in the next three years”

According to a new study by the Bank for International Settlements (BIS), central banks are actively researching state-owned cryptocurrencies, and developing countries are initiating their mass release.

Otkritie Bank: 47% of Russians are ready to use the digital ruble

According to the results of a survey conducted by Otkritie Bank, 47% of Russians are ready to use the digital ruble for payments, and 15% of respondents perceive digital currency negatively.

Leave a comment Cancel
Comments to: Central Bank of Brazil postponed the launch of digital real for two to three years
Cancel reply