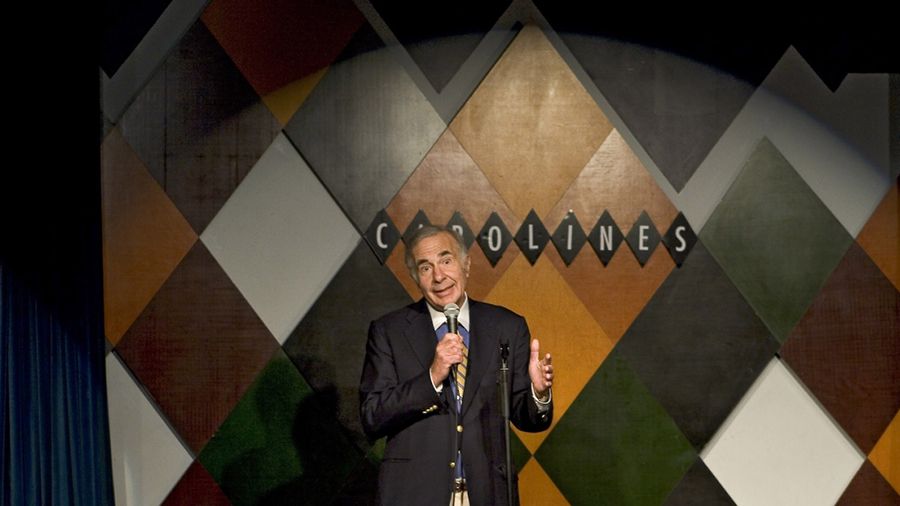 American billionaire Carl Icahn, who was previously skeptical about cryptocurrencies, can now invest about $ 1.5 billion in them.

Entrepreneur and financier sharedtheir plans in an interview with Bloomberg. Carl Icahn said he is considering investing in cryptocurrencies “for a relatively large amount” – “$ 1 billion or $ 1.5 billion.” Icahn previously compared cryptocurrency to the Mississippi land bubble of the 18th century, but now he seems to be intrigued by the potential of the market.

“I look at the industry as a whole. I don’t think about what to buy, but about the market as a whole and how I can participate in its work. ”

Icahn also said that, in his opinion, cryptoassets “will stay with us in one form or another.”

“What do I think about cryptocurrencies … I believe that only a few of the cryptoassets traded today will survive, but they will stay with us for a long time,” said Icahn.

Earlier this year, co-founder of Oaktree Capital, Howard Marks, with a fortune of $ 2.1 billion, who previously spoke with disdain about bitcoin, also changed the attitude towards cryptocurrencies for the better.

The interest of large investors in cryptocurrencies remains despite the recent decline in markets. This week, cryptocurrency prices began to recover. Yesterday, the bitcoin rate returned above $ 40,000, although it still has not been able to gain a foothold above this level. Top altcoin rates are also growing: ETH reached $ 2,850, and BNB – $ 375.

Previous story :Moscow court will consider the case of appropriation of bitcoins for the first time

The President of the Federal Reserve Bank (FRB) of the American state of Minneapolis, Neel Kashkari, said that the Dogecoin cryptocurrency is just a pyramid scheme.

Brad Garlinghouse: “Ripple could replace XRP with another crypto asset if it loses to the SEC in court”

Ripple could opt out of XRP and replace it with an alternative if Ripple loses a lawsuit with the US Securities and Exchange Commission (SEC). The question is how it will be implemented from the technical point of view.

Bloomberg: US government worried about implications of digital yuan issue

The US government is stepping up its surveillance of China’s plans to release a state-owned cryptocurrency amid fears that the digital yuan could undermine the dollar’s dominance in the global market.

The US District Court ordered the operator of the cryptocurrency pyramid Circle Society David Gilbert Saffron to pay $ 32 million in damages and fines.

FCA warned of the risks of investing in cryptoassets

Amid the correction of cryptocurrency markets, the UK regulator warned consumers about the risks of investing in crypto assets and the likelihood of losing all invested money.

Ethereum developers have published EIP 3368, which implies an immediate increase in block reward to 3 ETH, and then a decrease to 1 ETH within two years after the implementation of EIP 1559.

Following Barclays, the British division of the large Spanish bank Santander decided to limit deposits on the Binance cryptocurrency exchange for its users.

The Uniswap community has voted to launch the third version of one of the largest decentralized exchanges on Arbitrum, a second-tier solution for the Ethereum blockchain. Uniswap creator Hayden Adams announced the voting results and revealed that the proposal to deploy Uniswap V3 on Arbitrum received 41.35 million votes from UNI token holders. Work is […]

US investment bank Morgan Stanley, which manages $ 4 trillion in assets, will provide its clients with access to three bitcoin-based funds, but with certain restrictions.

EasyFi project lost $ 6 million as a result of hacker attack

The EasyFi decentralized finance project was attacked by hackers who took $ 6 million worth of tokens out of liquidity pools. The project team disclosed the details of the hack.

Balancer Labs has launched a bug-finding campaign in the second version of the Balancer decentralized finance protocol. Hackers are offered up to 1,000 ETH or $ 2 million for vulnerability reports.

According to the Governor of the Central Bank of Turkey, Nasi Ağbal, the agency plans to test the national digital currency in the second half of next year.

Gazpromneft-Aero, a subsidiary of Gazprom Neft, has announced the launch of a blockchain-based Smart Fuel platform. It is designed to automate air stations.

The central bank of Japan has launched a proof of concept (PoC) test for the government’s cryptocurrency. This testing phase will last until March 2022.

Ethereum 2.0 will host the first HF1 hard fork to bring key updates to the recently launched Beacon Chain. The update will include support for light clients and changes to the validator fines system.

The activation code for the Taproot and Schnorr Signatures Update – Speedy Trial – has been included in Bitcoin Core. The first phase of the update activation is scheduled for May.

SEC failed to obtain data on financial transactions of Ripple

The US Securities and Exchange Commission (SEC) has demanded assistance from cryptocurrency exchanges and international regulators in disclosing data on Ripple’s external transactions. The SEC’s efforts have been in vain.

Leave a comment Cancel
Comments to: Billionaire Carl Icahn May Invest Up To $ 1.5 Billion In Cryptocurrencies
Cancel reply