The Russian government introduced a temporary ban on the export of buckwheat for the period from June 5 to August 31, 2021. It follows from the decree of the Cabinet of Ministers that a number of buckwheat products are included in the list of goods that are essential for the domestic market of the Russian Federation. Earlier, the Ministry of Agriculture made a corresponding proposal, explaining the need for such a step by the desire to maintain certain volumes of production in the domestic market and, as a result, to avoid sharp price fluctuations. 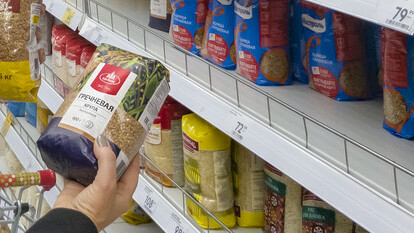 The Russian government has established a temporary ban on the export of buckwheat and a number of its processed products from the country from June 5 to August 31, 2021, follows from the decree published on the Internet portal of legal information.

Thus, buckwheat, buckwheat groats and husked buckwheat grain are included in the list of goods that are essential for the domestic market of the Russian Federation. In relation to such products, according to the current legislation, in exceptional cases, temporary restrictions or export prohibitions may be introduced.

At the same time, the imposed ban does not apply to several cases, including the transfer of international humanitarian aid, the decision on which was made by the government, as well as if the product is intended for the military who serve in other countries, or for employees in Baikonur and Svalbard. In addition, the transportation of goods between Russian regions through the territory of a foreign state and transit traffic through the territory of Russia are allowed.

At the end of April, the Ministry of Industry and Trade, the Ministry of Agriculture and the FAS were instructed to promptly submit to the Ministry of Economic Development proposals on reducing the volume of buckwheat exports in 2021. The corresponding order was sent to the departments following the results of a meeting on monitoring and prompt response to changes in prices for socially significant goods, which was chaired by First Deputy Prime Minister Andrei Belousov.

As Interfax reported with reference to the press service of the ministry, it was proposed to introduce the restriction “in order to preserve the necessary volumes of buckwheat and buckwheat groats on the domestic market and to prevent sharp price fluctuations.”

The department noted that the current volumes of production of cereal crops in Russia allow meeting the demand of processing enterprises, as well as fully meeting the needs of the population in the main types of cereals, including buckwheat.

At the same time, the Ministry of Agriculture said that since November 2020, there has been “a significant increase in the export of Russian buckwheat to a number of importing countries against the background of the current global situation.”

Shortly before the publication of this information, the department also announced plans to curb prices for buckwheat and the planned expansion of acreage for major cereals in 2021.
Experts said that the proposed restrictions on the export of buckwheat are intended to reduce the deficit and rise in prices for this product within the country. As Georgy Ostapkovich, director of the Center for Market Research at the Institute for Statistical Studies and Economics of Knowledge of the Higher School of Economics, told RT, not only inflationary factors, in particular the rise in price of equipment, but also the fact of exporting goods abroad, affect the rise in prices for buckwheat.

“Therefore, there is an artificial deficit inside the country, and when there is a deficit, entrepreneurs always raise prices and trade raises prices. To avoid this deficit, a decision is made to either restrict or prohibit the export of this product, and then it enters the domestic market instead of export, there is no deficit, and prices will stabilize, “the interlocutor of RT explained.

In turn, the director of the Institute of Social and Economic Research of the Financial University under the Russian government, Alexei Zubets, also noted that restrictions on exports or the introduction of export duties are one of the tools to stabilize prices in the domestic market. At the same time, he suggested that buckwheat prices may rise due to factors affecting food prices around the world.

“All over the world, food prices have been rising recently due to dollar inflation, disorganization of international food supply systems. Against the backdrop of a lockdown, high prices and idle food processing industries in many countries, there is a shortage of products, as a result, prices rise, ”the expert noted.

Next story :Another aviation low-cost airline may appear in Russia - Rambler / finance

On Thursday, China’s central bank issued a ruling restricting banks’ lending to real estate, as authorities re-focus on debt risks and seek to protect against any over-lending to the real estate sector. The People’s Bank of China (PBOC) said that each bank’s share of outstanding real estate loans in total loans, as well as the […]

Analysts at Wells Fargo Securities note that the second consecutive increase in weekly claims to 744,000 and a modest increase in the four-week average contrasts with almost all other indicators in the labor market today, which indicate a progressive recovery. “Initial claims for unemployment benefits rose for the second week in a row to 744,000. […]

Friday: Trading results on the main stock exchanges of the Asia-Pacific region – 26 March 2021

Asian stocks rallied amid economic optimism as US President Joe Biden pledged to double the vaccination rollout and the Federal Reserve confirmed that its expansive monetary policy will not take place until it fully recovers from the pandemic. Chinese markets recovered from closing at three-month lows the day before amid concerns from regulators. Japanese stocks […]

Manufacturing and Services Business Activity Index The indicator will be published on Friday, April 23rd at 08:00 GMT Despite renewed lockdowns and disappointing vaccine introduction, the eurozone economy has proved to be somewhat resilient. Manufacturing and services PMIs are perhaps the best evidence of this resilience. In March, the PMI in the industry reached an […]

In mid-March, during a meeting with industry representatives, Russian Deputy Prime Minister Dmitry Chernyshenko said that at that time 64 measures were proposed to be included in the second package of support measures for the IT industry. As noted, the list includes proposals that level the playing field for international competition. In addition, it includes […]

Voluntary labeling of dairy products starts in Russia from January 20

Voluntary labeling of dairy products in Russia begins on January 20, 2021. The corresponding government decree was signed on December 15, 2020. According to the document, from this day on, any company can switch to full-scale labeling of all its products. Prior to the introduction of mandatory labeling, the operator, the Center for the Development […]

The IMF predicted the growth of Russian GDP – Rambler / finance

“Russian manufacturer” will be replaced by “Russian developer”

In Russia, it was proposed to reform the terminological base of Russian legislation, in accordance with which the goods and the manufacturer are recognized as Russian.

They noted that there is no shortage of supplies, despite the record volume of incoming shipments. According to the service, electronic declaration centers in Russia released over 1,453 tons of cut flowers and buds in the period from 15 to 20 February 2021, which is 2.5 times higher than the figures for the same period […]

Tesla has invested $ 1.5 billion in Bitcoin cryptocurrency. This is stated in the company’s report published on Monday on the website of the US Securities and Exchange Commission. “We have invested a total of $ 1.5 billion in bitcoin in line with our policy and can acquire and store digital assets temporarily or permanently. […]

The US State Department has listed in the list for possible sanctions on Nord Stream 2, which was submitted to Congress, the Russian ship Fortuna and its owner – the company KBT-Rus, against which other restrictions are already in force, introduced by the administration of the ex- President Donald Trump, said the senior Republican of […]

The construction of the Nord Stream 2 gas pipeline after another lawsuit by German environmentalists can be resumed from the end of May, RIA Novosti reports with reference to the Federal Maritime and Hydrographic Agency. They noted that the lawsuit filed has a suspensive effect for permission to lay a pipeline from late September to […]

Igor Demin, a presidential adviser and spokesman for Transneft, said that Kazakhstan on Monday resumed oil transit through the Transneft system after being stopped due to problems with electricity supply. It is reported that it is planned to enter the normal mode on Tuesday afternoon, writes “Prime”. “Yesterday at 16.58 (Moscow time), oil supply from […]

Nord Stream 2 will be completed despite US sanctions – Rambler / finance

American sanctions will not be able to “sink” the Nord Stream-2 project, says Alexei Krichevsky, an expert at the Academy of Finance and Investment Management. According to Krichevsky, no matter how the sanctions pressure from the United States grows, the European partners are interested in the completion of the gas pipeline. “The maximum that the […]

The current US President Donald Trump is calling for an increase in planned payments to citizens who have lost income due to the COVID-19 pandemic. He wrote about this on Twitter. Earlier, the head of the White House criticized the bill on measures to support the economy. The document has already been adopted by both […]

The richest Russians have become even richer – Rambler / finance

The richest Russians earned $ 1.37 billion in January. RIA Novosti reports. The agency analyzed the Bloomberg Billionaires Index of the 500 richest people in the world. It is calculated based on the value of shares of the companies involved in the list. It currently includes 23 Russians. In January, their combined fortune increased by […]

Chubais removed from all posts in the Russian Union of Industrialists

Leave a comment Cancel
Comments to: A temporary ban on the export of buckwheat approved in Russia – Rambler / finance
Cancel reply